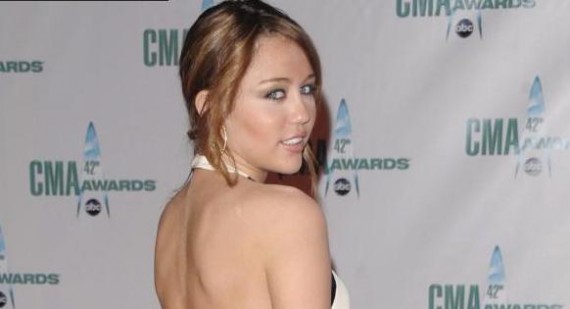 The Grammy Awards event last night (10 Feb) attracted a whole host of A List stars, not least Miley Cyrus and Katy Perry, who are both being talked about for reasons other than their talent.

20-year-old Miley has a rather embarrassing wardrobe malfunction at a pre-Grammy’s party, flashing her boob as her black halter neck dress slipped to one side.

Realising her breast was on show, Miley quickly made a move to cover herself with a grin on her face - but the paps had already got a photograph of the mishap. However, Miley is likely to get a telling off from organisers of the glamorous event, who specifically requested that "buttocks and female breasts are adequately covered." 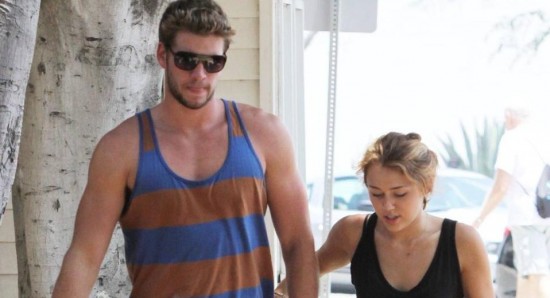 Miley is engaged to Liam Hemsworth
Miley has recently made headlines after allegations were made that she may have had something going on with Ed Westwick.

Miley attended the event in a black sheer Emilio Pucci halter-neck gown that showed off her slim figure. Also in attendance at the Hollywood do was singer Katy Perry, who was photographed groping her boyfriend, musician John Mayer.

Katy made the move for her beau's bottom as he happily chatted away to British music icon Sting - who didn't seem to notice what Katy was up to.
200 Fan Uploads: Miley Cyrus and Gallery

Miley Cyrus is a terrible driver
12th October 2017 @ 09:23pm
Miley Cyrus has admitted that she is not the best at driving